The Board of Directors

Ishara Nanayakkara is one of Sri Lanka’s leading entrepreneurs, whose strategic vision and intrepid spirit have led to the establishment of businesses of formidable strength in multiple industries, markets and geographies.

Having joined the board of LOLC Holdings PLC in 2002, Ishara has since pursued an expansive ambition to create a multinational conglomerate that encompasses the entire financial service value chain. The LOLC Group under his leadership has set many benchmarks, becoming the world’s largest multi-currency multi geography MSME financing platform in addition to becoming the most profitable conglomerate in the history of Sri Lanka. It has also diversified beyond the financial service arena, with large scale investments in leisure (in Sri Lanka, Maldives and the Mauritius), construction, plantations, trading and manufacturing.

His influence as a change maker in the microfinance and SME sectors has seen the LOLC Group expanding its footprint in the Afro-Asian region. Over the years, reputed financial institutions in Sri Lanka, Cambodia, Myanmar, Pakistan, Indonesia, Philippines, Zambia, Nigeria, Tanzania, Malawi and Tajikistan have reaped benefits from his extensive knowledge. He has also been instrumental in setting up Life and General Insurance businesses within the LOLC Group and pioneered the concept of Micro Insurance in Sri Lanka and Cambodia, focusing on inclusion and sustainable development..

Believing in the power of innovation as a catalyst for growth, Ishara has pursued initiatives in new sciences and technologies, including large projects for the conversion of pure graphite in to graphene and bio-tech businesses, most notably ones that create value for the Group’s plantation portfolio of cinnamon, tea, sugarcane, rubber, and bi-products. This portfolio is enriched by his renewable energy interests in Sri Lanka and in Sierra Leone, where he backs the largest sugar-based bio ethanol and power plant in Africa.

Ishara, who holds a Diploma in Business Accounting from Dandenong College, Australia, has been internationally recognised for his entrepreneurship, and in particular his contribution to Micro Finance. He was named ‘Young Entrepreneur of the Year 2012’ Award at the prestigious Asia Pacific Entrepreneurship Awards (APEA).

He brings with him considerable Boardlevel experience in both Sri Lankan and overseas and in addition, has key roles in many industry bodies, including being appointed by the government of Sri Lanka as the Chairman of the Sri Lanka Institute of Nano-technology, the apex national body for advanced technology research.

Having joined the board of LOLC Holdings PLC in 2002, Ishara has since pursued an expansive ambition to create a multinational conglomerate that encompasses the entire financial service value chain. The LOLC Group under his leadership has set many benchmarks, becoming the world’s largest multi-currency multi geography MSME financing platform in addition to becoming the most profitable conglomerate in the history of Sri Lanka. It has also diversified beyond the financial service arena, with large scale investments in leisure (in Sri Lanka, Maldives and the Mauritius), construction, plantations, trading and manufacturing.

Mrs. Kalsha Amarasinghe holds an Honours Degree in Economics and has an outstanding vision for investments. She serves on the Boards of subsidiaries of Browns Group of Companies and LOLC Holdings PLC.

His career was in the then Ceylon Civil Service and later, on the abolition of that service in the Sri Lanka Administrative Service.

He has been a Director at People’s Bank, the People’s Merchant Bank, Merc Bank and a Member of the Rural Credit Advisory Committee of the Central bank

He has also from time to time served on the Governing Boards of the National Institute of Plantation management; of The National Human Resource Development Council; The Ceylon Shipping Corporation; The Cooperative wholesale establishment, Sri Lanka film corporation; National Education commission; The Sri Lanka Foundation Institute; The National Committee on Women; The National Council for Elders; Mahapola Higher Education Scholarship Trust; The National Institute of Social Development; Member Board of Trustees of the Tower Hall Foundation; member - Advisory Committee on Regional Cooperation in Education in Asia and the Pacific appointed by the Secretary General of U. N. E. S. C. O; Governor for Sri Lanka on the Governing Board of the S. A. A. R. C. Centre for Human Resource Development - Islamabad Pakistan. He led the Sri Lanka Delegation to the 51st E. S. C. A. P. meeting of ministers held in Bangkok, Thailand in 1995 and was elected a Vice President of the meeting in which role he chaired the ministerial meeting on occasion and was also elected as a member of the Credentials Committee.

He has also lead the Sri Lanka delegation to the Annual sessions of U. N. E. S. C. O. in Paris and been a Senior member of delegations to the Non aligned conference in Colombo and to ministerial meetings of agriculture at F. A. O. in Rome and of Commonwealth Education ministers in Barbados and Islamabad.

He has served as a Member of the National Salaries Commission; a Member of the Presidential Commission on Finance and Banking and has chaired three presidential Committees - one to examine and report on the proposed mechanised gem mining in the KALU GANGA; the other on the Functioning of the Survey Department, and the third on the Sri Lanka Foreign Service. He was a member of a Presidential committee tasked “To identify and study the problems of the university system and to make recommendations”. He was a member of a senior officials committee appointed by the Cabinet and Chaired by the Governor of the Central Bank tasked with producing a report on the overall subject of poverty alleviation. This report was termed the Janasaviya report and formed the basis for setting up the Janasaviya Trust. He was a member and later Chairman of the Panel of Legal/Constitutional experts appointed by the President to serve the National All Party Conference on constitutional reform. He had served from time to time as Senior Adviser in the Ministry of Foreign Affairs; Science and Technology; Tourism; and Justice.

Deshamanya Pieris also lectures from time to time on invitation, at S.L.LD.A.; the Defence Services Command and Staff College at Sapugaskanda; the Bandaranaike International Diplomatic Training Institute and the Kotelawala Defence University and at senior level training courses at various institutions.

He has published his memoirs of his experience in the public service of Sri Lanka in a book titled “In the pursuit of governance”.

Dr Ravi Fernando is an Alumni of the University of Cambridge having completed a Post Graduate Certificate in Sustainable Business in 2008 and a Master of Studies in Sustainability Leadership in 2014. He holds a Doctor of Business Administration Degree from the European Business School in Switzerland 2016. At the INSEAD Business School (France) he completed both a Diploma in International Management and the Advanced Management Program. He is an Executive in Residence at the INSEAD Business School from 2010 to 2021. He has an MBA from the University of Colombo and is a Fellow of the Chartered Institute of Marketing (UK).

He is the Chairman/CEO of Global Strategic Corporate Sustainability Pvt.Ltd, which operates in Luxembourg, Ireland, United Kingdom, Vietnam, China and Sri Lanka. His career with Multi-nationals spanned 1981-2007 with Unilever, Reckitt Benckiser, Smithkline Beecham International covering Africa, Middle East and Asia in CEO/Business Development positions. He was the first CEO of the Sri Lanka Institute of Nanotechnology 2008-2011 and Operations Director of the Malaysia Blue Ocean Strategy Institute 2011-2016. He was the UN Global Compact Focal point 2007-2011 and set up the UNGC Sri Lanka Network.

In September 2007 he won “Global Strategy Leadership award”, presented to him by Professor Renee Mauborgne of INSEAD at the World Strategy summit in Mumbai. In February 2020, he won the ‘World CSR Leadership award’.

Fintech enthusiast who innovated many financial technology products and solution and he is the Founder of iPay a revolutionary platform beyond payments and Founder of OYES another fintech platform that making everyday a payday.

His thought leadership on technology and contribution in the field of ICT to the industry, society and in LOLC Group was recognised by many local and international awards including the prestigious Computer Society of Sri Lanka CIO of the year 2016. He was also award and Chartered Management Institute of Sri Lanka Professional Excellence Award 2017. Further he was inducted to Global CIO Hall of Fame 2020 of IDG CIO100 and only Sri Lankan to get this accolade. 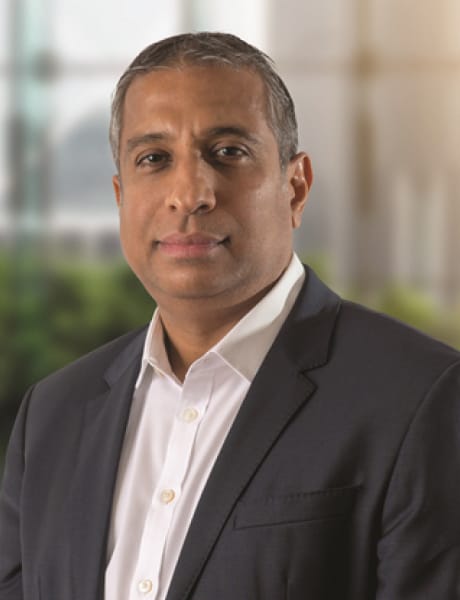 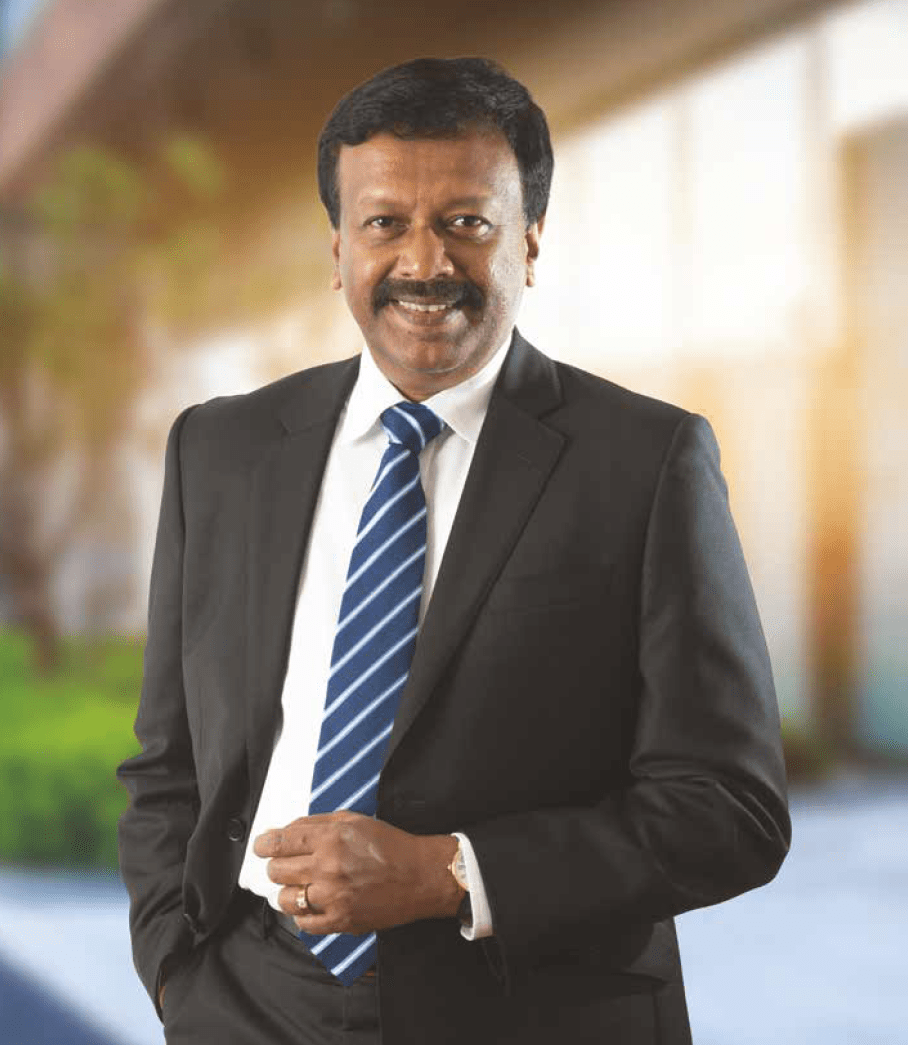 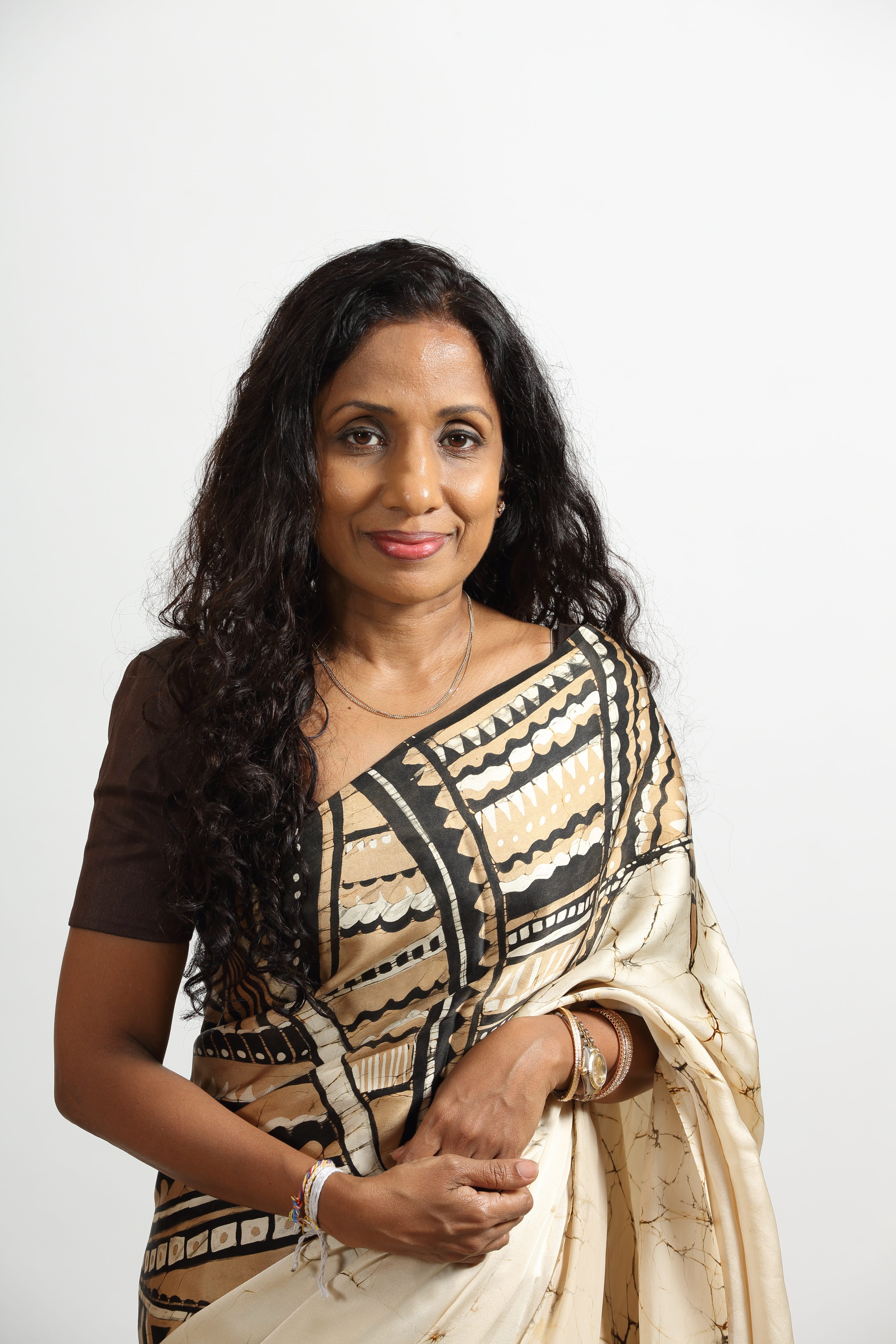 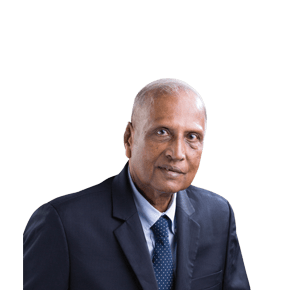 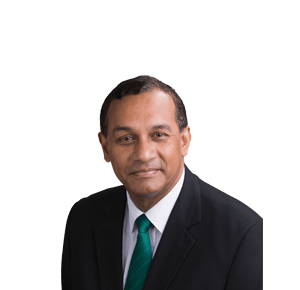 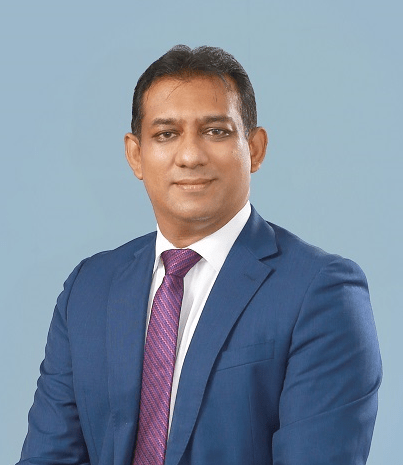